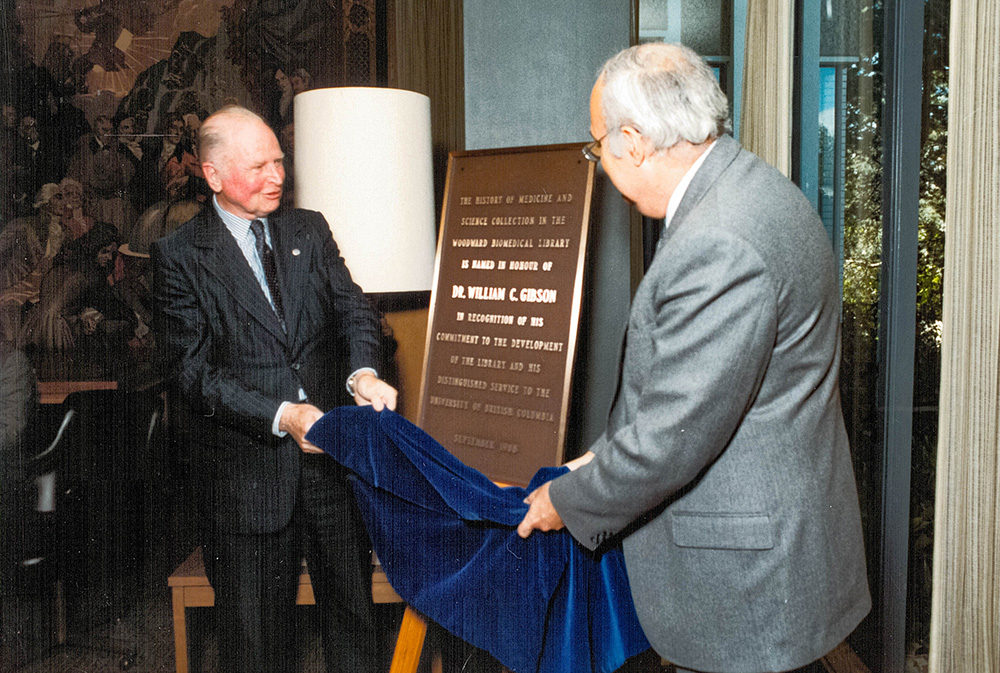 Woodward Library, which opened on November 12 1964, was the result of efforts by Dr. William C. Gibson, and was funded by a gift from Mr. P.A. Woodward with matching federal government funds.  The Memorial Room was specifically designed as part of the construction to highlight scientific and medical history.

The Memorial Room was named in honour of P.A. Woodward’s father, Charles Woodward, founder of the former department store which bore his name, and is dedicated to the physician pioneers of BC.  The space was designed in the English club style as a reading room for books about scientific and medical discoveries and included air conditioning and fire-safe cabinets in anticipation of acquiring first editions and other rare books.

In 1988, the collection in Woodward Library was named the William C. Gibson History of Medicine and Science collection in recognition of Dr. Gibson’s commitment to the development of the library and his distinguished service to the University of British Columbia.  The rare book portion of the collection was moved to the vault at Rare Books and Special Collections in 2014 for better preservation and access. See the guide, Rare Books in Science and Medicine, for more information about this collection, and its development.