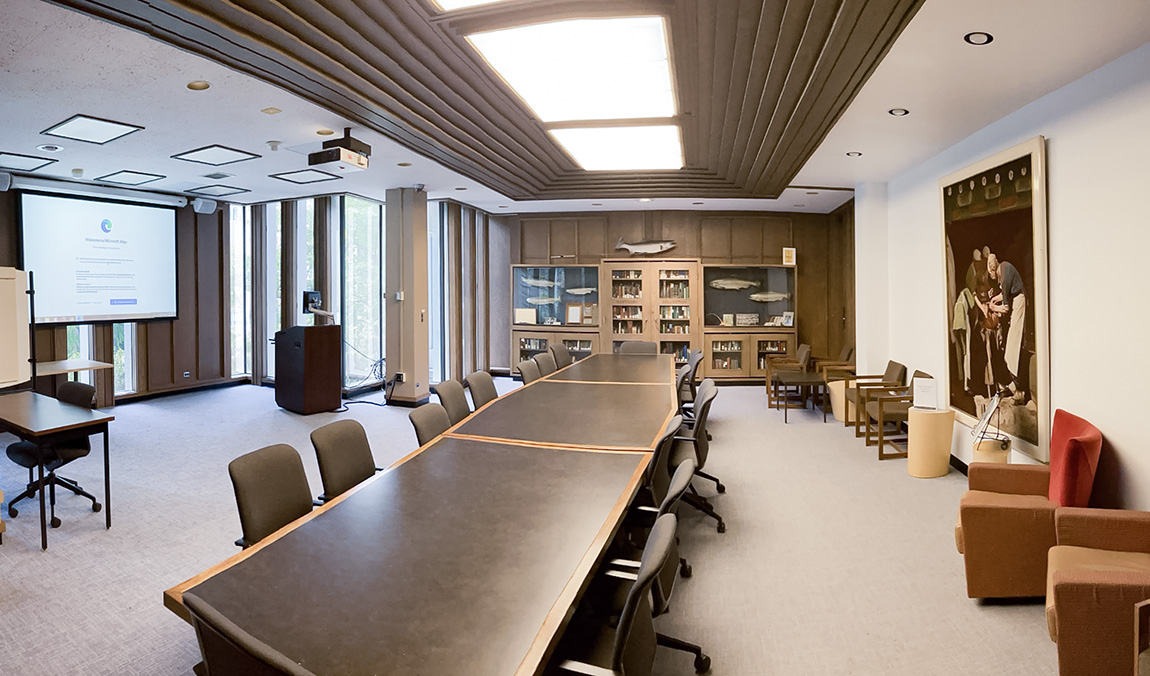 The room is named for Sir Charles Scott Sherrington (1857-1952), a pioneer in neuroscience. Sherrington was a neurophysiologist who discovered the integration of the nervous system and among other discoveries, identified synapses and proprioception. In recognition of his work, Sherrington received many awards among them the Nobel prize in physiology or medicine, which he received jointly with Edgar Douglas Adrian in 1932.

The current exhibit commemorates the 90th anniversary of his receiving the Nobel prize and his portrait by R.G. Eves RA hangs in the room. Sherrington had many connections with UBC, and some of his fonds, including his many honorary degrees, are in the UBC Library Rare Book and Special Collections Archives.

Items of interest in the room include:

Recent audiovisual upgrades to the teaching equipment were funded by the Harry Hawthorn Foundation and an endowment from Anna Leith, former Head of Woodward.