To celebrate Science Literacy Week, the Woodward/BMB Library team is sharing brief reviews of some of our favourite books on this year’s theme, biodiversity.

Braiding Sweetgrass beautifully blends personal stories with knowledge from many sources, asks questions, and prompts readers to learn from plants and Indigenous teachings. Reading Braiding Sweetgrass for me meant learning about pecan mast fruiting and other things I knew nothing about, but also hearing articulated some things that I grew up knowing but didn’t have words for. In 2020, seven years after it was published, Braiding Sweetgrass joined the New York Times best seller list and is being read by almost everyone I talk to across wildly varying fields, spreading mostly by word of mouth and by gift, which is how I too started reading it. I’m sure that there is a plant metaphor for such relational growth and generous sharing…  -Helen Brown

Watch the UBC Library website for information on an upcoming talk by Dr. Kimmerer, and please see the related resource list here: guides.library.ubc.ca/scilit20/inspiredbybraidingsweetgrass

An enchantment of birds: memories from a birder’s life by Richard Cannings

This autobiographical book by Richard Cannings is written primarily about many of the common birds we see in BC and the author’s memories with those birds. The book is divided into chapters, one for each of the thirty species of birds covered, accompanied by an illustration of the species. If you enjoy narrative nonfiction and want to learn more about the habits and long term population trends of birds in BC, this is a charming way to do so.                      -Eleri Staiger-Williams

If you’re fascinated by a particular animal, there is likely to be a book about it in the Animal series published by Reaktion Books. Going beyond science, these books delve into the animal’s place in history, literature, art, music, and popular culture. I recommend three titles written by UBC authors that are available online: Badger by Daniel Heath Justice (2015); Kingfisher by Ildiko Szabo (2019); and Polar Bear by Margery Fee (2019). But you don’t have to stop there; the Library has over 40 more titles in its print collection.  -Sally Taylor

This timely, recent collection of digital essays and case studies examines traditional and Indigenous knowledge systems from around the world. The volume is logically organized with cross-cultural comparisons and exploration of the intelligence inherent in Indigenous medical and health practices and viewpoints. The book’s natural science angle will be relevant for all science students interested in exploring knowledge systems and the insight they provide around climate change, changes to global ecosystems and the world’s food supply. A further strength of this volume are the diversity of Indigenous viewpoints and its contributions from BIPOC (Black, Indigenous and Persons of Colour) scholars from Africa, Europe, North America, Asia, and the West Indies. -Dean Giustini

My interest in this title stems from long mountain hikes and trail runs with friends where questions inevitably came up wondering whether or not the wildflowers bloomed earlier this year or if a glacier had receded more, and the larger question of how the warming climate might be impacting the mountains and the species who live there? This book provides an overview from mountain formations and life spans to their influence on the animals, the plants, and the people who live on and in their vicinity. Each section provides enough detail to answer basic questions while also introducing good jumping off points to dig deeper into a topic, such as glacial melt and its impact on human populations, or the survival of migrating birds like the broad-tailed hummingbird whose breeding season is being shortened because the flowers they depend on bloom earlier in the season. The book is chock full of mountain facts, referring to them as “biodiversity hotspots” as exemplified by Ecuador where “17,000 square kilometres of tropical mountain cloud forest contain 3,411 plant species” (p. 67). The book concludes with a section on climate change, and introduces research areas of forest management that can assist with carbon storage and opportunities for renewable energy. Other titles in the Very Short Introduction series include Climate Change, Forests, Waves, Coral Reefs, Savannas, Lakes, and Waves.   -Sarah Parker

Breaching the Peace: the Site C dam and a valley’s stand against big hydro by Sarah Katherine Cox

The imminent flooding of the Peace River Valley for the Site C Dam threatens a unique ecosystem with over 100 vulnerable species such as bull trout, Canada warbler, fishers and wolverines, as well as numerous outlier species. The region is a “northern Garden of Eden” and a key part of the Yellowstone to Yukon wildlife corridor. Flooding will also destroy dozens of sites of cultural significance to Indigenous people, prevent full exercise of Indigenous treaty rights, and submerge some of the best agricultural land in BC. Cox shares the heartbreaking details of all that may be lost and the struggle to preserve the valley. She also presents viable alternative energy sources to power BC – including wind, solar, and pumped storage hydro. Beautifully written and an essential read.  –Ursula Ellis

To learn more about biodiversity in BC, check out these other riveting reads available online from UBC Library: 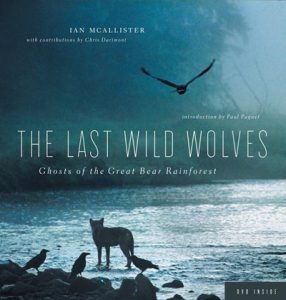